Presentation 1: Speak Up! Diversity of Thought and Innovation are Stifled by Confirmation Bias and Group Think 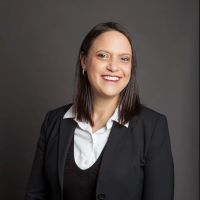 Ms. Ramnath is a Professional Geoscientist and award-winning Entrepreneur with over 20 years of global industry experience. Ms. Shastri Ramnath is the President and CEO of Exiro Minerals Corp, a private mineral exploration company that she co-founded and is a significant shareholder. In 2012 she co-founded and currently co-owns Orix Geoscience Corp., a geological consulting firm. She has worked in various technical and leadership roles including, FNX Mining where she was a key member of the exploration and resource team that discovered the Victoria and Morrison Deposits and subsequently with Bridgeport Ventures, a publicly listed company, where she was the President and CEO

Ms. Ramnath serves on the boards of several private companies she has co-founded along with a few publicly traded company boards. She is also the Chair of the Minister’s Liaison Committee in Manitoba, an advisor to the Goodman School of Mines at Laurentian University and was a founding director of the Central Canadian Mineral Exploration Conference (CCMEC) in Manitoba.